LATROBE River irrigators who want to transform Gippsland into an “agricultural powerhouse” have formed a committee to oppose the state government’s plans to fill Latrobe Valley coal mines with water.
About 45 irrigators attended a meeting on Thursday night at the Glengarry Hotel, where the Latrobe River Irrigators Group formed to take its concerns to the state government and fight for “reliable irrigation entitlements in the Latrobe system”.

The group represents irrigators who access water from the Latrobe, running from Yallourn to downstream of Sale.
Interim spokesman and Kilmany farmer Angus Zilm said he was pleased by the turnout of irrigators, who are concerned about irrigation allocation security and want to support the development of irrigation in the region. 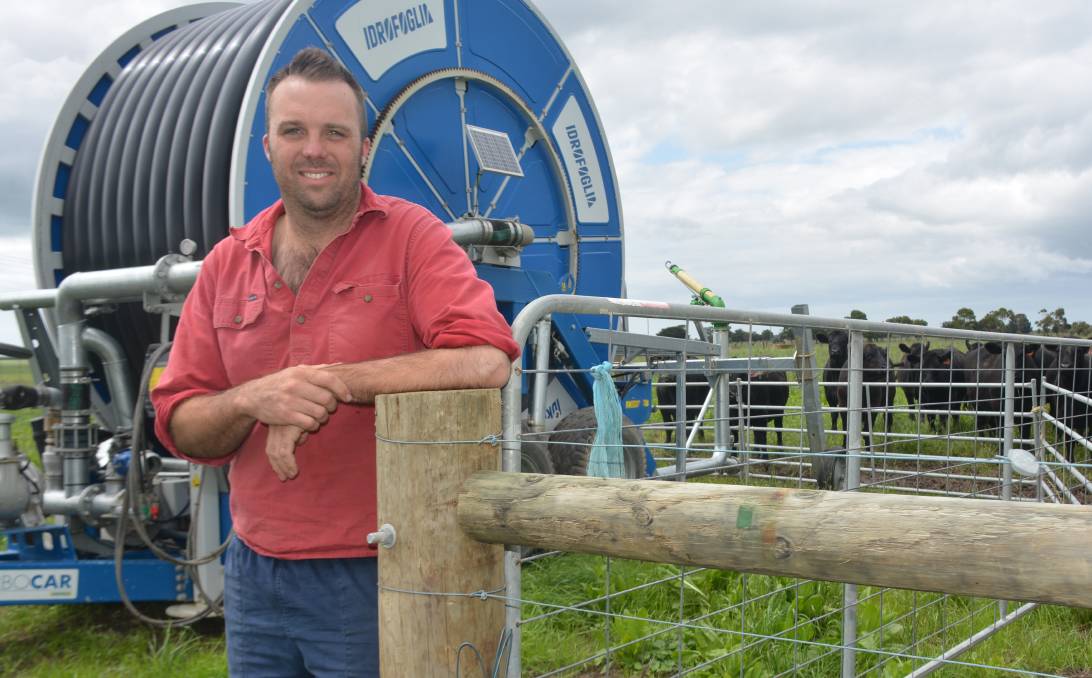 Kilmany farmer Angus Zilm and other Latrobe irrigators believe it makes economic sense for the water destined to go to empty mines to be used for irrigation and food and fibre production.

“We have a significant number of farmers along the Latrobe who rely on irrigation water to maintain productive farms; these irrigators are now united as one voice and we hope to add more numbers over time,” he said.
“Much of last night’s meeting involved discussions about plans to fill Hazelwood and other Latrobe Valley coal mines with our precious fresh water resource as part of their rehabilitation strategy.
“There was a unanimous show of opposition to this plan and a great level of concern.
“We don’t believe the community has been given all the information about alternatives or about the potential cost to water users downstream such as us.
“We also believe there are opportunities for futher irrigation development.
“Given there is unallocated water in the Latrobe system, we will be actively lobbying to protect our entitlements and expand opportunities for farming in the region.
“Irrigators are happy to work with government to develop a sustainable plan to rehabilitate the mine sites, however fresh water should primarily be used to grow food and fibre, which will create jobs, attract investment and – importantly – service the ever-growing demand for Australia’s premium produce.” 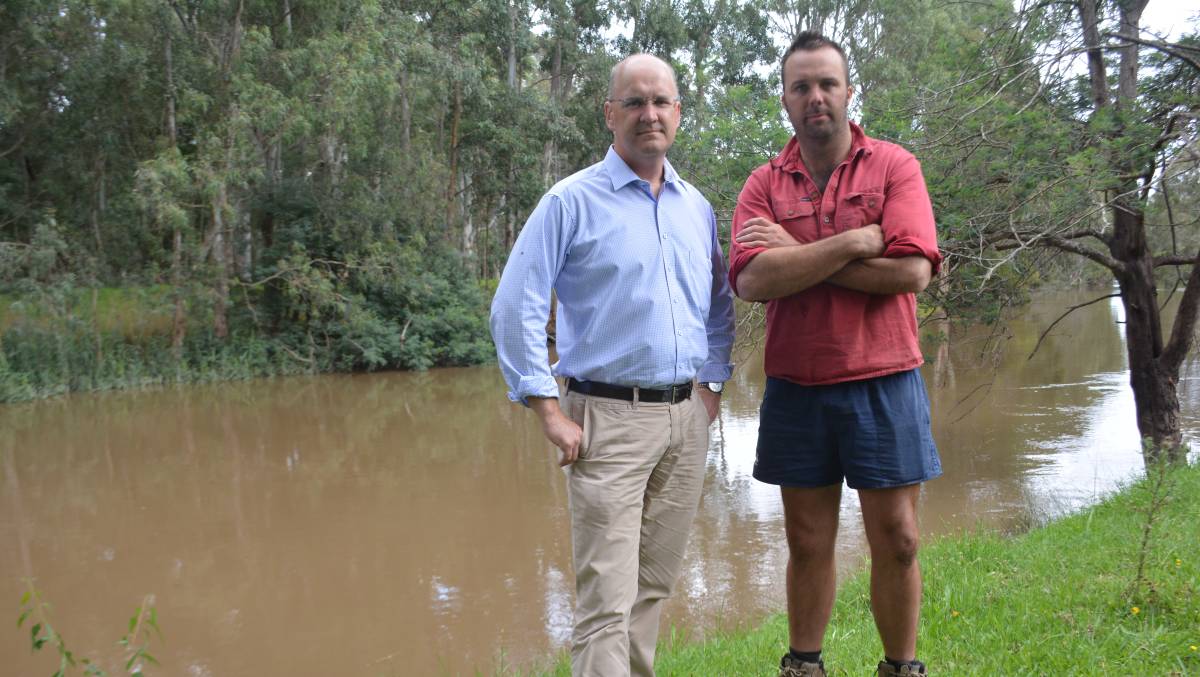 Kilmanys Angus Zilm (right) and other Latrobe irrigators believe it makes economic sense for water destined to go to empty mines to be used for irrigation and food and fibre production. He has the support of Gippsland South MLA Danny OBrien.Your Content Goes Here

Mr Zilm said the group opposed diverting water into “a stagnant pit in the ground when there are other options”.
“We now have the opportunity to turn Gippsland into an agricultural powerhouse that will not only feed the nation and world markets, it will show that Victoria is serious about agriculture and food security.
“In a climate that is becoming more variable with droughts, fires and floods, the expansion and development of the irrigation system along the Latrobe River will provide long-term economic security – an opportunity that cannot be passed up.”
Gippsland South MLA Danny O’Brien, who attended the meeting, is calling on the state government to provide more information about options for Latrobe Valley mine rehabilitation, including the expansion of irrigation using unused water in Blue Rock Dam.
“I believe we can shore up existing irrigators’ entitlements and potentially expand irrigation in the region but we need a sound, rational debate over mine rehabilitation and so far the conversation on that is all one-way.”
Mr Zilm said the group would now work out a campaign and media strategy to keep pushing for reliable irrigation entitlements in the Latrobe system.